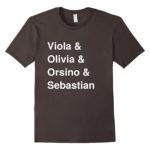 10 thoughts on “The earth has music for those who listen.”