Back in September 2016, Shakespeare Geek readers helped make life better by backing Behowl the Moon, a baby board book based on “A Midsummer Night’s Dream”, into existence. I’m very happy to welcome back Erin Nelsen Parekh to tell us about her follow on project “The Wild Waves Whist”, using material from The Tempest.

Maybe you remember reading here about Behowl the Moon, the board book that turns two quotes from A Midsummer Night’s Dream into a story for babies and toddlers. There’s a second book up on Kickstarter now that would make it a series: The Wild Waves Whist, which steals two bits of The Tempest.

The Wild Waves Whist will have more Shakespeare-certified animal noises, more rhymes, more funny old language, an island setting brimming with mystery and possibility. It will be a delight and a dare.

Many of you helped bring Behowl the Moon into being by supporting it on
Kickstarter. And once it was made, the pairing of Shakespeare’s words and narrative art caught a good bit of attention (link to http://drivelanddrool.com/press/). Behowl the Moon is just about sold out of its first printing and going back to press!

It’s not probably ever going to be a blockbuster—not every adult wants this kind of wordplay during storytime with a kid. Even if they did, lots of people grow up with no feelings about Shakespeare aside from vague, homework-induced distaste. But among those who love and respect the complex play of image and sound and meaning in Shakespeare’s work, Behowl the Moon finds the perfect audience.

What actually happens when you mix small children and early modern English? My oldest, at two, told me we needed breakfast, “else the Puck a liar call.” A three-year-old remixes songs and quotes: “Twinkle, twinkle, little star, and the wolf behowls the moon.” When I read for a group of kids, usually aged from about one to three or sometimes all the way to six and seven, they hiss for “’scape the serpent’s tongue,” clap on “give me your hands,” lay their heads down at “good night unto you all,” and happily roar, tweet, bray, hoot, and squeak whenever they get a chance. And everybody, everybody, howls.

Toddlers interact with a snippet of unadulterated Shakespeare just as they would any other kids’ book, remembering the bits they like the sound of, puzzling out what’s going on in the pictures, asking questions about the characters. They are hilarious and brave and unexpected. I have to make another one—just to see what they’ll do next.

If you can help me make this, by supporting the project, sharing the link, or telling a friend, you’ll get my endless gratitude—and we’ll get to find out what happens together.

‘Still Dreaming,’ a documentary that in many ways is a sequel to another film I (Hank, not Duane) directed called ‘Shakespeare Behind Bars,’ will premiere on PBS starting this Saturday, April 14.

STILL DREAMING is a multi-award winning film about the powers of creativity, and how engaging in art-making can deeply enrich our lives at any age. 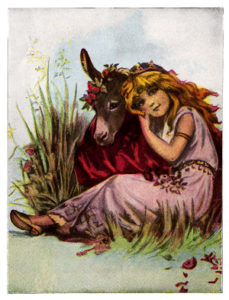 Filmed at The Lillian Booth Actors Home just outside New York City, where a group of long-retired Broadway entertainers dive into a production of Shakespeare’s A Midsummer Night’s Dream and find that nothing is what it seems to be. With a play that is usually about young love and sex farce, this ensemble finds that for them, the themes of perception, reality and dreaming deeply resonate.

This wistful, honest, and frequently hilarious documentary follows the rehearsals as opening night approaches. Tempers flare, health concerns abound, and disaster seems imminent. But as these former entertainers forge ahead, they realize that creativity is a magical force of renewal.

This whole film journey started back in 2009, when I went to the Lillian Booth Actors Home to meet with the Shakespeare group there to discuss the possibility of their doing a play and my filming that process. The residents and staff were all very supportive of the idea right away, so the discussion quickly turned to which play they would do. The residents in particular were very enthusiastic about the possibility of re-connecting with their craft, for it was as one put it, “This is my whole life inside, and this is a way of getting all of that back.”

My co-director, Jilann Spitzmiller and I went in with the idea of Romeo & Juliet, but that was met with very little enthusiasm, and so a discussion ensued mostly around comedies, since as one resident jokingly put it, ‘There was enough tragedy in their day to day lives already.’ They did discuss Macbeth, King Lear of course, with its theme of old age, and one point someone suggested The Tempest, but I quickly rejected it since it was the play done in ‘Shakespeare Behind Bars.’ The residents kept coming back to comedies such as Taming of the Shrew, As You Like It, The Merchant of Venice, and A Midsummer Night’s Dream. It was Midsummer that seemed to gain the most backing since it was a comedy, and had an ensemble cast with no real leads. This was good they felt since it wouldn’t fall on one or two actors to carry the whole production, which seemed like too much pressure at their age.

Still, there was quite a bit of resistance from the residents. How the heck would it ever work? A fantastical moonlit forest in a sterile nursing home environment with fairies and sprites leaping around all played by 80-year-olds, and 80-year-olds playing young lovers. How in the world would that work, they wondered. (Jilann and I wondered too!) 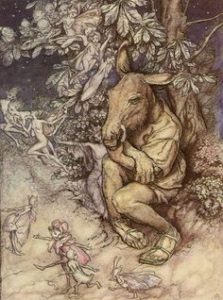 At one point in the discussion, a long time pro from film, tv, and theater, who was by far the most experienced actor in the room, spoke up and added, “We have no sets, no costumes, no lights or tech crew. How would we ever do this? And to do it half-ass-ugh, no thanks.” This was met by a prolonged and sinking silence, and it felt like the entire idea of the production was going down right before us. I could sense many of the seniors in the room thinking, “Well if she doesn’t want to do it, then how could we ever go on without her…”

Then another resident broke the quiet and said, “We don’t need a set, we have the outside. Just stand beneath a tree, in a field, and we have spaces indoors in which to work.”

To this, another added, “Yes, all the world’s a stage, and all the men and women merely players.”

A tangible, visible energy moved through the room, a collected sigh of relief that the group could go on, and that this opportunity ‘to get it all back’ might still happen.

You can tune into your PBS stations starting this Saturday to watch, or you can stream the film at www.stilldreamingmovie.com. 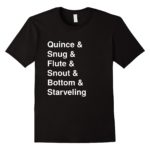 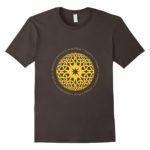 Once again, Bardfilm offers a guest post for our edification—or, at least, for our amusement. 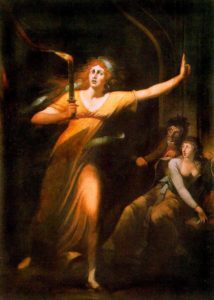 The English language offers a host of interesting collective nouns. You can describe a lot of geese as a gaggle of geese. More than a few whales make up a pod of whales. When you see tons of crows around, it’s natural (and fun) to say, “A murder of crows was on the neighbor’s back tree this morning.”
But what if you have a lot of Hamlets running around? How do you refer to the twenty-three Lady Macbeths you saw auditioning last night?
Here’s a list for exactly those instances. Think how useful (and fun) it will be to say, “I’m not looking forward to auditions. There’s a whole scrub of Lady Macbeths out there!” Without much more ado, here they are:

Feel free to add your own options in the comments below. I know you’ve seen one too many Juliets—how would you describe them as a group?

Our thanks to kj, the author of Bardfilm. Bardfilm is a blog that comments on films, plays, and other matters related to Shakespeare in a relatively-informal manner.

ITGASOMO = In the gross and scope of my opinion (cf. modern IMHO).

OMUTB = Once more unto the breech (cf. modern BTW).

IYTUDWNL = If you tickle us, do we not laugh? (cf. modern ROTFL)

IFINTFYOL = I find it not fit for your o’er-looking (cf. modern NSFW).

IHDASTS = I have drunk and seen the spider (cf. modern BTDT).

TORNAE = These our revels now are ended (cf. modern TTYL).

Our thanks for this guest post to kj, the author of Bardfilm. Bardfilm is a blog that comments on films, plays, and other matters related to Shakespeare.

O coward conscience, how dost thou afflict me!