Sunday night in a house with three kids can be chaos.  The boy is in the tub, the oldest is fretting over a test she has in biology in the morning, and my middle child is curled up in bed with my wife trying to find a show to watch.

“Daddy, come quick! Shakespeare!” they yell.  I’m busy quizzing my daughter on the relationship between apocryphal and deuterocanonical books in the bible, and my son wants to show me a cool bubble experiment he has concocted.  But eventually I break free and make it into the Shakespeare room.

A lady, who I recognize, is talking about Shakespeare.  But oh what is her name? That’s going to drive me crazy. I know I know her.

Then it switches. “Oh, well, I know that guy,” I say, looking past the scruffly beard and mustache and the very recognizable eyes.  “That’s Ralph Fiennes.”

I’m not sure where she got that.  “Really?  No, he wasn’t in Thor.”  (It just dawned on me writing this that she’s confusing him with Tom Hiddleston.)

“There you go.  Yes he was Voldemort.”

Cut back to other lady.  *snap* “I know who that is, that’s Julie Taymor! Duh, obviously.”

My wife and daughter look at each other like Daddy’s gone cuckoo.

I pull myself away from the screen to deal with other children, but make it back to another guy I recognize.  It’s Hugh Bonneville from Downton Abbey, who I actually haven’t seen do much Shakespeare.  I mistakenly associate him with the scientist in the Thor movie, but with a little IMDB help I realize I’m confusing him with Stellan Skarsgard.

Turns out the show was “Shakespeare Uncovered“, season two episode one. I know of the show but haven’t really followed it, so somebody enlighten me – did season two just start, or is that an old re-run we stumbled across?

My company’s got about 100 people in it. That doesn’t mean I’ve met or interacted with many of them.  As a pretty solid introvert I’m not one to just start conversations, or introduce myself to people first.    I probably know you and what you do, but chances are unlikely that we’re going to sit together at lunch unless I’m there first and you sit down.

Anyway.  Yesterday at work one of the guys from downstairs, who is firmly in this category, is suddenly behind me.  Turns out that a random test email broke one of our filters and he was trying to chase down who’d created it.  Since it had football words in it he came to me / my boss, since we both follow football and are involved in pools and fantasy.  But no, it was not us who had created the test email, so we pointed him at another football fan on our floor who might be his culprit.

As he was leaving I said, “If you ever get one that’s a Shakespearean character, that’s probably me though.”

To which he replied, “Well, yeah, we know that.”

(What’s funny is that’s the second time that’s happened.  Even the people who I’ve never spoken with know me as the Shakespeare guy.)

This morning in the kitchen at work I was talking politics with the CEO, and Shakespeare came up. Why? Because he acknowledged the Shakespeare stickers on the front of my laptop.  He said something about Shakespeare hundreds of years ago already having said some wise things about all politicians.  I said that just recently I’d forwarded around an article comparing Joe Biden’s advice to Hillary Clinton, and Shakespeare’s.

Then it got interesting.  He told me that one of his (four) daughters is in college, and she’s studying Shakespeare, and that *he* (her father, my CEO) was assigned homework.  They’re studying Hamlet’s girlfriend’s father’s speech – what’s his name?

Right, Polonius. He has that whole soliloquoy about neither a borrower not a lender be or however it goes, and we’re supposed to write back with what advice we sent out kids off to college with.  And here I am thinking, “What else can I say? This guy said it pretty good!”

That was about the end of that conversation, but it got me thinking.  Later in the day, when he was back at his desk but his door was open, I knocked, and here’s what I said:

In case I haven’t made it obvious, I always thought it kind of goes without saying, but if you, or really anybody here, if your kids ever have Shakespeare homework or ever need any kind of help with the subject, you absolutely come and you get me. The idea that there might be kids that don’t get it, while I’m around and could help them? That bothers me.  I can’t have that. When it comes to homework I might not always have the answer that they need, because usually the teacher isn’t asking questions about your gut feeling or your personal interpretation of the play, they want the academic answer that comes straight out of the textbook, and I don’t always have that. But in that case what I do have is thousands of followers on social media, many of whom are PhDs and academics who do this stuff full time and know a lot more than I do, and I can ask them and then I can play middle man and I can translate. Then we all learn something.

Funny how life’s changed in the decade I’ve been doing this.  I used to cringe to open my mouth about Shakespeare because I always just assumed that whoever was interested enough in talking to me about the subject would by default also know more about the subject than me, and I was always worried about saying the wrong thing.  Somewhere along the line I embraced that. I don’t have all the answers, and I never will.  When I don’t, I ask, and then I learn, and maybe I’ll have the answer next time somebody asks me.  Because chances are very good that the people asking me questions don’t ever get a chance to ask questions of the Shakespearean professionals that I have access to at this point.

What I do have is a deep seated belief that Shakespeare can be experienced and understood by everybody, and that doing so makes life better, and that when I’m able to help that mission in any way I can, it makes me very happy indeed. 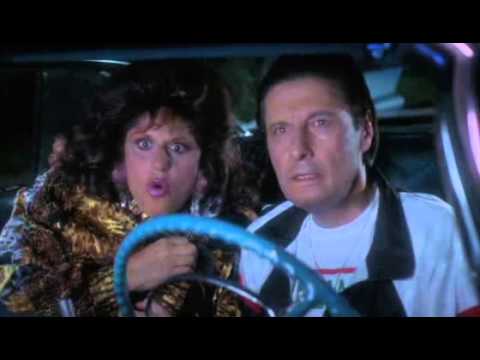 When I heard that Brad Pitt and Angelina Jolie have filed for divorce it wasn’t that interesting to me.

Then I heard the rumor that they’re divorcing because he’s having an affair with Marion “Lady Macbeth” Cotillard, and now we’ve got something to talk about!

In case you missed it, here’s our review of the 2015 Macbeth starring Cotillard and Michael Fassbender.

Although Pitt and Cotillard are apparently working together on a new project that hasn’t come out yet, who knows? Maybe he saw her in that and liked the whole Shakespeare vibe.  I can’t find any Shakespeare in Pitt’s biography, but I do see that Gwynneth Paltrow, who went on to win an Oscar for Shakespeare in Love, claims that after he broke up with her she was almost too distraught to audition for the role (item #10).

Perhaps Brad never knew that Ms. Jolie has some Shakespeare in her past as well?  No, I’m not talking about Cyborg 2 or Hackers, both classics in their own right.  Nor do I mean her epic Cleopatra project that was the star of the Sony email debacle a few years back.

I’m talking about Love is All There Is, a 1990’s Romeo and Juliet re-telling set in an Italian restaurant in the Bronx.  Angelina plays our Juliet.  It also happens to be available in full on YouTube.

(Trivia — looks like Paul Sorvino is in this, and then again in Romeo+Juliet just a couple of years later.  Apparently as a palate cleanser. :))

When I read a headline that the Actors Hall of Fame was bringing back Shakespeare classics after 20 years I thought, “What, something like the Criterion collection? DVDs?”  Nope, I’m completely wrong. They’re doing multiple ground-breaking things that look crazy exciting!

A MidSummer Night’s Dream will be produced as a state of the art family animated film, with the addition of new songs and dances from established and emerging artists. The film will be released globally in midsummer 2018.​

All my children’s lives I’ve wanted “start of the art family animated film” versions of Shakespeare.  I just hope this one hasn’t got gnomes in it.

The Taming of the Shrew will be produced as a 10 hour miniseries for broadcast/streaming, and will also introduce the next generation of characters in the lives of Petruchio and Katherina.

I’ve seen rumors that at least three major television networks are doing some version of a Shakespeare series, including a Romeo and Juliet sequel. The idea of a mini series is an interesting one, because you can tell a determined story arc without worrying about having to create ongoing material for several seasons.

Romeo and Juliet  the classic story of young love will make history by airing ‘LIVE’ on mobile and social media around the world starring today’s most popular young stars from film, television and music.

Since joining Twitter back in 2008 I’ve been inundated with every possible combination of live tweeting the plays in “text speak” from various accounts behaving in the persona of the individual characters, and I’ve never liked it. I’m at least curious what “airing live on social media” means because I am interested in the advancement of the technologies to do that, however.

Should be very interesting to keep an eye on these projects!

What is past is prologue.