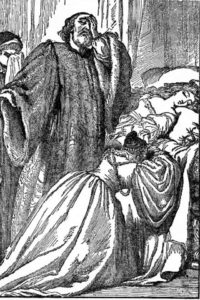 To move wild laughter in the throat of death? It cannot be; it is impossible: Mirth cannot move a soul in agony.