I have several different filters that collect Shakespeare references  across various sites – Google, Reddit, etc…  The signal/noise ratio is about what you’d expect, but I do find some good stuff often enough to keep doing it.  Most of it lately is memes.  Typically bad ones (hint – if you think your meme is funny, take two seconds to check your spelling rather than rushing to post it for karma? it’ll be that much funnier when you can include in your audience all the people that don’t think you’re an idiot.)

But lately it seems like the world has been taken over by two quotes in particular:

“You are a saucy boy” – Lord Capulet in Romeo and Juliet

“What, you egg!” – Murderer in Macbeth (stabbing optional)

No, seriously.   Just looking at the front page of my Pocket queue today, here’s the links I found:

Using “egg” as an  insult  has always been  one of those amusing things about Shakespeare that was  a little off.  But these days it’s become clear that saucy boy and egg have teamed up (usually with some stabbing at the end)  and I’m just  wondering where this came from? Was it a reference to a show I’m not watching?  It’s getting pretty tiresome. 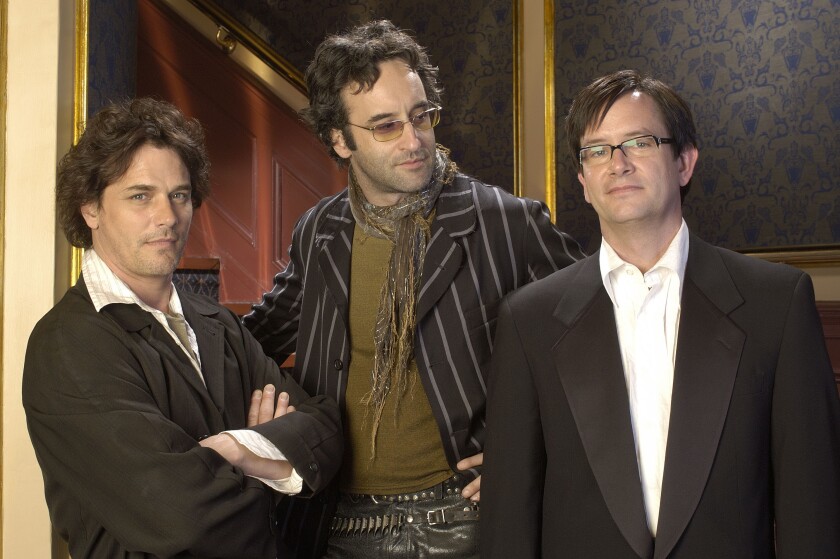 Because I do love copying Bardfilm so much, and I saw that he published his review of Jo Nesbø’s Macbeth (for which, as he likes to say, q.v.), not only did I decide to publish mine, but I just went ahead and copy-pasted that ø character from his site instead of trying to figure out how to do it myself.

Seriously, though, I have been reading this one and did plan to review it this week, the timing is a coincidence. (The ø thing is totally real, though.)

This book is part of the Hogarth series of modern novelizations of Shakespeare. The only other one I’d read was Hag-seed (for which, q.v.!  it’s fun to say!) which I’d been told was the best of the bunch, and I didn’t love it.

I think Macbeth is a better book, but at the same time it left me very, “Meh.”

END_OF_DOCUMENT_TOKEN_TO_BE_REPLACED

Coworker:  “Shakespeare a clue in my crossword this morning.”

Me: “Sorry. Was it, Romeo’s last words? Because I know that one.”

I thought I had this one.

I admitted I was stumped.  What else could you say that was specific to Macbeth’s witches, in only 4 letters?

Me:  “Well that’s just … that’s annoying.  There’s nothing Shakespeare about that answer.”

Coworker:  “I know, but sometimes they’re like that.  Don’t feel bad, I had the t and the o and I still didn’t get it.”

I was obviously thrown off by Michael Fassbender’s Macbeth, because that one had four witches.  🙂

I admit it, this post is a complete advertisement for my latest merchandise. I think I honestly do a pretty reasonable job of not spamming you folks every time I put up a new t-shirt design, don’t I?  So surely you won’t begrudge me a Friday afternoon commercial.

When I’m working at night, chances are Netflix is on in the background. I’m one of those folks that just likes the noise. I would love to churn through all the new original shows they’re making, but then I have to pay attention to what’s on, rather than letting it just drone in the background. So instead I turn to old series that I  know I like, that have a lot of episodes (that will auto play, you see).  You see where I’m going with this.

The entire ten season run of Friends has graced my television so often I think I’ve memorized all the episodes.  But it wasn’t until recently that the idea hit me … that opening font of theirs is absolutely iconic.  If you do “Skip Intro” you may never even notice it, but when you see it that classic scribble font with the little colored dots you’re definitely thinking, “I recognize that!”

I wasn’t even sure Amazon would let these up, so I didn’t go crazy with the “Look! It’s Friends!” keywords.  But that doesn’t mean I can’t tell the real story here.  To get started I made a bunch of versions of Shakespeare’s most iconic characters – Hamlet, Macbeth, Othello, Romeo, Juliet, Mercutio. All are available in both t-shirt and hoodie. The t-shirts are available in men’s, women’s and youth sizes (the hoodies are unisex). All the images below are clickable, where you can see the colors available for each.

What do you think? Did I miss your favorite character?  What do you think looks better, character names or play names? For those first couple it doesn’t matter 🙂 but I soon ran out of 5-7 character single words. 🙂 Should I make Prospero and Malvolio and Viola and some other more lesser known characters?

Let me know your thoughts in the comments!

When words are scarce they are seldom spent in vain.