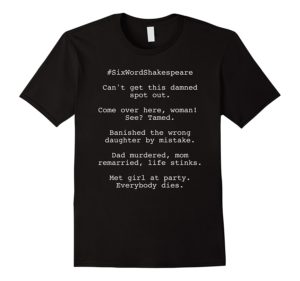 Been told that you have to memorize Shakespeare? Been there, done that. Probably Romeo and Juliet, right? Balcony scene? You’re not alone. You probably resent the assignment. You’ve probably already tried it and aren’t doing too well, and are looking for ideas.

I’m with you. I think the whole concept of “Memorize Shakespeare, it’ll be good for you” might be the worst thing that teachers do when it comes to the subject. Because they do it all backwards. You have no context for the words, you’ve probably been told “don’t even think about watching the movie until after you read the script,” and you probably don’t really care in general. You’re just doing it because you’ve been told to do it, and you want to get it done as soon as possible.

I have an easy way to demonstrate how bad of an idea this really is. Let’s take a song that I like. Say, Astronomy Domine, by Pink Floyd. It helps if you’ve never heard it. Now, memorize it. Why? Because I said so. Because I’ve told you that it has value, and I’m the teacher, and I’m in a position to punish you if you fail. Do it on time, too, or else you fail. 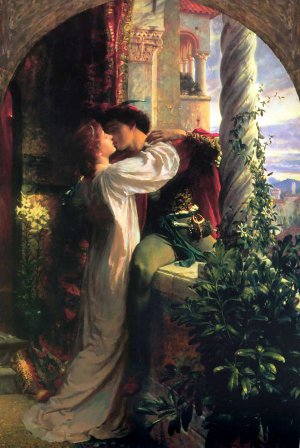 Even if you succeed, do you think you’ll ever like that song? Sure, maybe you could recognize it and even pull a few lines out of your memory, but would you know what the words mean? Would you care? Not likely. Very early on in your education I’m quite sure that they started watching for something called “reading comprehension,” which means that you can do more than just repeat the words, you can actually understand the meaning of what it is that you’re saying.

So why isn’t this true with Shakespeare? The way it is positioned — memorize first, understand second, appreciate last (if ever) is just totally backwards. The most important thing to you has to be just being able to mindlessly repeat the words so that you can pass the assignment. And you then promptly forget them after you get your passing grade.

How To Memorize Shakespeare

So having said all that, I can finally get to the tips. Some ideas for you, in no special order:

Try not to let the experience of trying to memorize Shakespeare make you hate it for life. There’s some good stuff in there, if you listen for it. Twenty years after this homework assignment is over you’ll be so much happier recalling a line here and there that you understand and enjoy, than trying to remember a lengthy passage with no special meaning to you at all.
More Stories on Memorizing…

61 thoughts on “How to Memorize Shakespeare”