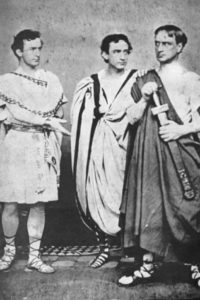 One thought on “Beware the leader who bangs the drums of war in order to whip the citizenry into a patriotic fervor, for patriotism is indeed a double-edged sword. It both emboldens the blood, just as it narrows the mind.”

Our remedies oft in ourselves do lie, which we ascribe to Heaven.