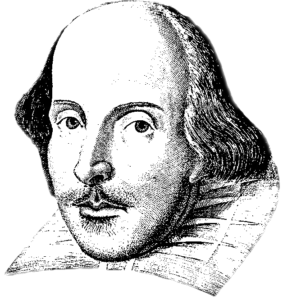 I wish I had more time to review this, but I barely had time to watch it.  So I’m going to try and hit the highlights, and we can talk about it.

When Shakespeare, Kemp, Burbage and the other “moderately historically accurate” characters are on screen, I am enraptured. I could watch it all day.  I’ve been telling people it reminds me of the recent “Jobs” movie starring Michael Fassbender, which was basically two plus hours of a universe centered on Steve Jobs.  To the degree that this show will be a universe centered on Shakespeare and his circle, you won’t be able to tear me away from the television.

Alas, television producers don’t have nearly enough faith in modern audiences to allow for that.  Instead it’s set against a backdrop of such gratuitous language, sex and violence that I’d be embarrassed to share it with anybody, and almost turned it off fifteen minutes into the show.  Think I’m exaggerating?

We could get into the details about the storylines and characters, how much they’re playing up the Catholic/Protestant thing, and whether or not we’re supposed to like Marlowe (I don’t).  But that’s my summary for now.  When it’s about Shakespeare, it’s got me.  Just about everything else, I’m disappointed and embarrassed for the people that made it.