For years I’ve said that Disney should tackle The Tempest or A Midsummer Night’s Dream.  Instead we got Romeo and Juliet with gnomes.  I’ll take what I can get.

So what if I told you that man of the moment David Oyelowo (“Selma”) is working on a live-action stage musical combining Othello and Cyrano de Bergerac? 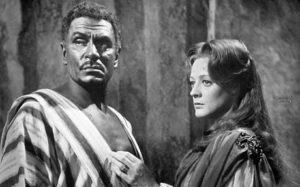 Oyelowo just came out of an off-Broadway production of Othello with Daniel Craig (also known as James Bond) so it’s a natural project for him. People are confused about Disney attaching its name, though.  Which I can totally see, if you assume that the story is going to be 90% Shakespearean tragedy, which it almost certainly will not be.

How would you combine Othello and Cyrano?  I’ve argued previously that As You Like It makes for a reasonable Cyrano story.  But Othello? Who is wooing whom? Who is whispering in which ear?

One thought on “Is Disney Doing Othello?”

They lie deadly that tell you you have good faces.