If you think you know what I’m going to say, I bet you’re wrong… 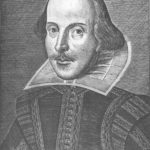 …because I have no idea how to answer that question.  I just get a kick out of that thing that happens in our brains that makes us compelled to click on subjects like that.

So let’s flip it. You, my local Shakespeare geeks, are the experts.  I don’t just say that to pander, although you are all looking simply smashing today.  I say that because I learned a long time ago that most if not all of my readers know more about Mr. Shakespeare than I did, and perhaps ever will.

So how do you answer the question?  Make your case.  Let’s here your single choice (no fair saying all of them), and your cred for where your opinion comes from.  If this post ever took off (as clickbait titles often do!) then plenty of people who don’t know their Cymbeline from their Coriolanus will be coming looking for actual advice, so let’s give it to them.

I’ve used this example before, but I used to work with a lady who was an English teacher in her former life.  I asked if she was a fan of Shakespeare. She replied, “If all evidence of human civilization were wiped off the face of the Earth except for one book, that book should be King Lear.”

I’m not going there, though. While I think King Lear is probably the best thing Shakespeare wrote, I don’t think that it appeals equally to all people at all stages of life.

For my vote I’m sticking true to form and going with The Tempest. It’s far from Shakespeare’s most well known, but I think it’s under appreciated.  It’s got a simple enough story line that you can introduce it to children (far, far simpler than A Midsummer Night’s Dream!  And it also has fairies.  Kind of.) But much like King Lear it can also be revisited later in life as a parent’s reflection on getting old, watching children grow, retiring from your pursuits and freeing yourself from the bonds you forged in life (sue me, I saw A Christmas Carol this weekend…)

As for cred, well, you’re looking at it. Shakespeare Geek has been live since 2005 and still pulling in a good number of visitors every day, so we must be doing something right. In that time I’ve raised three children on Shakespeare, so I very much practice what I preach. They seem to be doing ok with it.

One thought on “The One Shakespeare Play Everyone Should See Before They Die, According to Experts”

Thou art a boil, a plague sore, an embossed carbuncle in my corrupted blood.