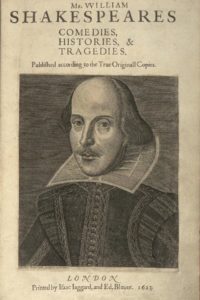 I’m a little late to the story about the National Archives’ discovery of legal documents related to Shakespeare’s father.  (I have an excuse, I was right in the middle of several towns being evacuated for a gas explosion catastrophe.  But! Everybody’s safe and sound in my world, so we’re very lucky to be back to our normal life sooner than a lot of people).

Are the original documents being published somewhere?  Not that many of us can read secretary hand, but still. It’d be fun to try and decode the clues.  (UPDATE – Looks like they’ll be available as part of Shakespeare Documented!)

Let me see if I can pull some bullet points from the article:

The documents Parry found include multiple writs against John Shakespeare, and record his debts to the Crown, including one for £132 – around £20,000 today.

That’s a pretty big number. I always thought that we’d been talking about petty amounts, like creditors chasing down somebody who stopped paying his credit cards.

A lot of people grumbled but settled [with “professional informers”]. For some reason in two cases John Shakespeare did not, and ended up targeted by the Exchequer collection system, which damaged his local credit.

I hate that “for some reason” is still in there.  That’s kind of a big point.  Seems like a downward spiral of getting yourself into debt in a way that doesn’t allow you to ever get out of it. But we still don’t know why he was targeted in the first place.

William grew to adulthood in a household where his father had fallen in social and economic rank, which sociologists and psychologists tell us leads to anger. They call it ‘downranking’.

Kind of puts Shakespeare’s desire for a coat of arms into a new perspective, doesn’t it?

What does everybody think? I know that there’s always a loony or two running around with a fancy new theory that will shed some light on Shakespeare’s life, and they always have a book to promote. But I’ve seen some respectable sources reporting on this, and it looks like these discovered documents could be the real thing?  Has anybody explored in more depth?

One thought on “Let’s Talk About Shakespeare’s Father”

O’ What may man within him hide, though angel on the outward side!