My mom died, earlier this  week. 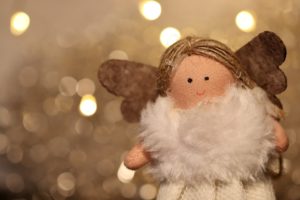 There’s no easy way to say that. There’s a starkness to it. A simplicity, and inevitability.  There’s a reason why, when defending the universality and relevance of Shakespeare’s work, I typically start by saying, “Hamlet’s father died.” It is something we all have faced, or will face.  Shakespeare faced it. His characters faced it. Now it’s my turn.

Though I talk a lot about my kids I rarely talk about my parents, and that’s  not going to change today. They’re not Shakespearean characters, and it would be making this event all about myself to try and paint it as such.  I know grandparents that are CEOs and sit on boards of directors.  My mom’s purpose was much simpler.  Drop her in the middle of a pile of grandchildren who would inundate her with “Look what I made!” and “Watch me dance!” and “I got a good grade on my report card!” and she would, forever and ever, tell each one how proud she was, and how much she loved them. And that was more than enough.  I could say that we’re all going to miss that, and that will be true.  But also … they know. People have faith in a variety of different things, but my children have never doubted their Nanta loves them and is oh so very proud of them.

So then let’s talk about Shakespeare.  I’ve thought for a  very long time about what I would do when this day finally came. I’m not going to dig through my archives but long time readers may remember that I have, in recent years, said goodbye to my own grandmother, and several aunts.  So the question of how Shakespeare can bring some degree of comfort at a time such as this has come up from time to time.  And here I am this week putting my own beliefs to the test. I believe that Shakespeare makes life better.

I’ve always known a quote here and snippet there that touch on this moment.  There’s Cleopatra’s “Give me my robe, put on my crown, I have immortal longings in me.”  Or Hamlet’s “I shall not look upon her like again,” if you’ll forgive my pronoun switcheroo. We could do this all day, grabbing a line here or there that catches a bit of the feeling that goes on.  I hadn’t realized, until I found a link to that Bobby Kennedy speech, that “Cut her out in little stars and hers  will make the face of heaven shine so bright,” could also work here.

Then there’s the longer pieces that allow you to pause for a  moment  and  just kind of soak it in. That feeling  that you want to just curl the pages up around you like a blanket.  I found myself staring at  Sonnet  60 the morning  it happened:

Like as the waves make towards the pebbl’d shore,
So do our minutes hasten to their end;
Each changing place with that which goes before,
In sequent toil all forwards do contend.
Nativity, once in the main of light,
Crawls to maturity, wherewith being crown’d,
Crooked eclipses ‘gainst his glory fight,
And Time that gave doth now his gift confound.
Time doth transfix the flourish set on youth
And delves the parallels in beauty’s brow,
Feeds on the rarities of nature’s truth,
And nothing stands but for his scythe to mow:
And yet to times in hope my verse shall stand,
Praising thy worth, despite his cruel hand.

I spoke of this to a friend, who suggested that sonnet 71 is nice as well:

No longer mourn for me when I am dead
Than you shall hear the surly sullen bell
Give warning to the world that I am fled
From this vile world with vilest worms to dwell;
Nay, if you read this line, remember not
The hand that writ it; for I love you so,
That I in your sweet thoughts would be forgot,
If thinking on me then should make you woe.
O, if (I say) you look upon this verse,
When I (perhaps) compounded am with clay,
Do not so much as my poor name rehearse,
But let your love even with my life decay,
Lest the wise world should look into your moan,
And mock you with me after I am gone.

Together we joked that you have to brace yourself for Cymbeline, it’ll bring you to your knees if you’re not prepared.  I’m only copying part of it here:

Fear no more the heat o’ the sun,
Nor the furious winter’s rages;
Thou thy worldly task hast done,
Home art gone, and ta’en thy wages:
Golden lads and girls all must,
As chimney-sweepers, come to dust.

And lastly, because  this post is  getting a bit long, we have the Constance’s defense of grief in King John:

Grief fills the room up of my absent child,
Lies in his bed, walks up and down with me,
Puts on his pretty looks, repeats his words,
Remembers me of all his gracious parts,
Stuffs out his vacant garments with his form;
Then, have I reason to be fond of grief?

I don’t care who you’re mourning, you know exactly what Shakespeare’s talking about here.  Knowing that passages like this exist makes me feel bad all over again for people that don’t “get” Shakespeare.  Yeah you do, it just hasn’t clicked for you yet.  When it does, he’s there for you.
I know this has been a bit of a ramble but it was always going to be.  In my day to day life I don’t have much Shakespeare content.  I decorate my life with Shakespeare, sure. People know me as the Shakespeare Geek, and they expect that I’ll have all the answers in Trivial Pursuit or Jeopardy. But do I expect any of my friends or relatives to quote Shakespeare at  me at a time like this? Not really, no. Do I expect that I could use one of the above examples to try to explain how I’m feeling, and hope that they know what I’m talking about? Also not really, no.
So here I am, just  kind of shouting into the universe  where I know I’ll be  heard. Thanks for listening, and for your years of support. Shakespeare makes life better because it’s Shakespeare that brought me right here, right now, to have this platform to express these words.  Death is inevitable, and life going on equally so, but how it goes on is up to us.
If anybody has favorite quotes  for times such as  these, feel free to share in the comments. To be honest I’ve been thinking about maybe putting together a collection for exactly that purpose.  Open book randomly, find comforting  words from Shakespeare.  I know I could have used that this week.
I’ve wished “flights  of angels sing thee to thy rest” to many  people over the years, but now I’ve seen it with my own eyes. My mom was big into angels in her final years. We could have called her Angel Geek.  Her life was decorated with angels, from the jewelry she wore to the decorations on her walls, to the theme of any personalized stuff we got her for the holidays with the kids’ names on it.  In her final days one of my cousins brought in a small Christmas tree decorated entirely with angels.  As people would come to visit they were encouraged to take an angel home for their own tree (I have three on my tree right now).  So the next time I say it I know that I know  one personally, and that  she loves her grandchildren very much and is oh so proud  of them.
Flights of angels sing thee to thy rest, Mom.

Thy wish was father, Harry, to that thought.