Back in Washington D.C. after a six year absence (and looking forward to a swing by Folger Library!) we stopped off at the Spy Museum today.  When my kids started pointing and yelling “Shakespeare!” I was pleasantly surprised to see Kit Marlowe, and actual spy: 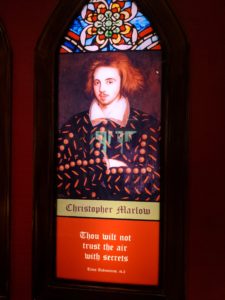 And I suppose it makes sense to include Sir Francis Bacon as well: 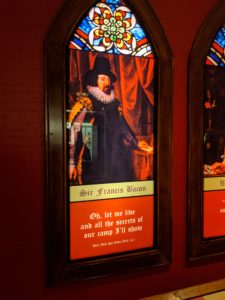 But who the heck is this guy? 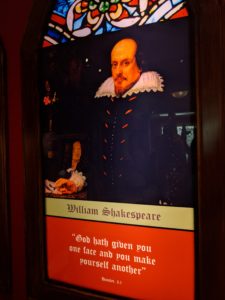 I just can’t figure out who that is in the picture, because it’s sure not Shakespeare!  I thought it was funny that so much of the exhibit was about taking on a secret identity and using disguises.  Looks to me like a dude pretending to be Shakespeare on school picture day.

Anybody able to identify that portrait?  I don’t think I’ve ever seen it before.