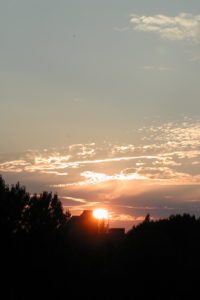 My kids’ interest / attention span when it comes to Shakespeare has waxed and waned over the years, to be sure. Although my youngest, my son, was running around quoting Hamlet when he was about 4 (and not realizing what he was saying, or why I enjoyed that so much), his interest in all things academic or educational has definitely waned throughout middle school. Some days I can’t tell if he’s tired, uninterested, or just trolling me.

Me: “So when we arrive in Stratford we might have the chance to see some special stuff like we did at Folger.  What kind of stuff would you want to see if you had the choice?”

Me: “I don’t think they have airplanes at the Shakespeare Birthplace, given that they were invented in America in 1903.”